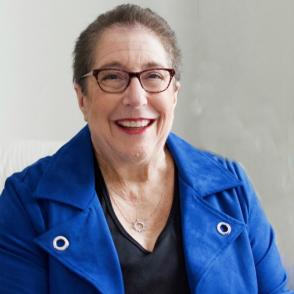 Sheryl Jedlinski bravely fought Parkinson’s Disease for 24 years, writing a book ("Parkinson’s? You’re kidding me, right?") and two popular blogs about her journey. She traveled the country, coaching and helping others fighting chronic and progressive illnesses with courage, grace and dignity. "My hope is that the lessons I’ve learned will inspire and empower others to chart their own course to living well with Parkinson’s and whatever other life changing events come their way," Sheryl wrote.

Sheryl was known for offering fellow patients the insights they craved, but rarely received. Her "roadshow" often included her longtime neurologist and movement disorder specialist, Dr. Cynthia Comella, and used humor to help others understand the adjustments that people with Parkinson's must often make to enjoy full, productive lives. "I learned to get on with my life and dream new dreams, even if it meant learning to dance in the rain," Sheryl wrote.

Sheryl served as Vice President of the Midwest Chapter of the American Parkinson’s Disease Association (APDA) and volunteered thousands of hours for similar advocacy organizations. As a member of the Parkinson Pipeline Project, she co-authored “Ethical Issues in Clinical Neuroscience Research: A Patient Perspective,” which appeared in the July 2007 issue of Neurotherapeutics: The Journal of the American Society for Experimental Neurotherapeutics.

Following a seven-year battle with cancer, Sheryl passed peacefully at home on March 12, 2022, with her husband, sons, and several close friends at her side.