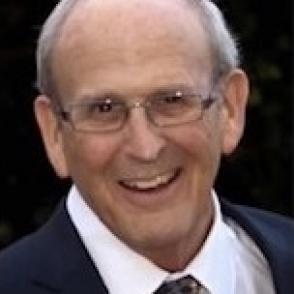 Born April 15, 1937 in New York City to Lucy and Daniel Levy. Graduated from Brown University with a degree in history. Hired by Bear Stearns Chairman Alan Greenberg, who would go on to become his friend and mentor. For 20-years, he rose thorough the ranks, ultimately becoming a general partner. In 1979, he started his own firm, Levy Harkins, successfully managing his clients’ money until his retirement in 2018.

Together with his wife of more than 50-years, Carolyne Klein, they raised two children, Jimmy and Matthew, on the Upper East Side of Manhattan. He ultimately divided his time between Manhattan and Boca Raton, where he retired.

Ed was a real family man. He adored his wife and children, and his grandchildren, Danny, Ren and Ariel, were the light of his life. He was a dedicated brother to Joy Sommers and Fred Levy, and a wonderful uncle to their children.

In his professional life, Ed was one of the most trusted and loyal money managers. His conservative approach combined with his incredible intelligence, understanding of the markets and matters of economics only increased his client’s and friend’s love and need to have him on their team. His unwavering honesty and directness were among his most compelling attributes, to say nothing of his dry wit and biting sense of humor. If you needed someone to talk to, Ed was always ready and willing to listen as well as no share his thoughts, knowledge and perspective.

His favorite place to be was on the golf course with friends. Virtually every moment of his spare time was built around this sport, whether watching it or playing it.

Where charity and philanthropy were concerned, Ed’s contributions were limitless and providing support for nonprofit organizations was a highlight of his life. He served with pride on the Founder’s Council of the Michael J. Fox Foundation for Parkinson’s Research. He recently derived much pleasure in supporting Bound for College, a local Florida charity that provides college-readiness resources to motivated but disadvantaged high school students.

As a friend, Ed was second to none. Despite fancying himself an introvert, he cherished the many close relationships he developed and cultivated throughout his life. There was virtually nothing he wouldn’t do for you. All you had to do was ask. That was Ed Levy to a tee!