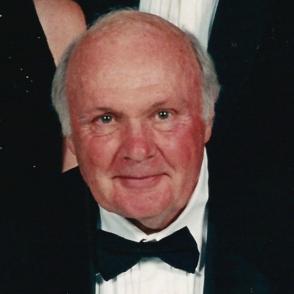 Page created by The Levitan Family

Page created by: The Levitan Family

Bob Levitan was a beloved husband, father, grandfather, and great-grandfather. He was a graduate and lifelong supporter of Cornell University, Class of 1954, an avid Yankees and Giants fan, and a US Air Force veteran. Diagnosed with Parkinson’s in 2002, Bob passed away on December 4, 2015 at the age of 82.

Throughout his life, Bob was the life of the party. Our family has countless memories of him telling stories and jokes, usually about family or the New York Giants, to anybody willing to listen. His signature act was taking photographs of family members out of his wallet to show off to strangers, as he was proud of his family and their accomplishments. In fact, anytime you went out to dinner with Bob you knew by the time dessert was served the waiter inevitably would be sitting down in your booth with a smile while Bob took him or her through years of Levitan family history.

Everything changed back in 2002 when, at the age of 69, Bob was diagnosed with Parkinson’s disease. At that time, nobody in our family had ever had direct experience with Parkinson’s, so we weren’t quite sure how to react or prepare for what was to come. Over time, we learned that Parkinson’s is a very confusing disease. On the one hand, it often makes its impact over a long, drawn out period of time, which allows for preparation and understanding. On the other hand, it develops into a frustrating waiting game, which creates a feeling of helplessness for those involved. The disease is particularly difficult for a person like Bob who, throughout his entire life, never wanted help with anything.

Fighting Parkinson's disease became a family battle. Slowly, over a period of 14 years, stage 5 Parkinson’s disease robbed Bob of his ability to walk, feed himself, care for his personal needs, and even speak. He ultimately became completely dependent on those around him. The disease required our family to work together, and over time we developed the knowledge, skills, and strength to help Bob, help each other, and combat Parkinson’s disease. Our family is fairly unique in that, Janice, Bob’s wife, recently has been diagnosed with Parkinson’s as well, but at an early stage. We are continuing to fight for Janice and to keep memories of Bob alive.

To help fight this disease, we are raising funds for the Michael J. Fox Foundation in memory of Bob. Since 2000, the Foundation has raised and granted more than $450 million to find a cure for Parkinson's disease. Through research and education, the Foundation has positively improved the lives of so many victims and families. But, so much more must be done to achieve the goal of finding a cure. Our story is just one of so many, and no person or family deserves to suffer with this disease. Please join our family, in memory of Bob and in support of Janice, in helping this cause!