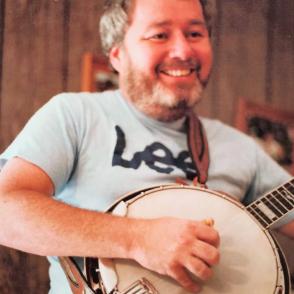 Page created by The Ellis Family

Page created by: The Ellis Family

James Carroll Ellis, age 71, Johnson City, died on October 23rd, 2015 of complications from Parkinson's Disease. A native of Roan Mountain, Tennessee, he was the son of the late Richard and Mae Julian Ellis. He was preceded in death by his brother, Richard "Dick" and wife, Gladys Ellis, his brother Jack and wife, Lillie Mae Ellis, his brother-in-law Fred Greer, and his beloved niece Brenda Oakley.

Carroll was a Navy Veteran, an educator, a contractor, and was known for his musical talent. He played multiple musical instruments, and was a member of the US Navy band during the maiden voyage of the USS Enterprise, but he was best known as a pianist who could play anything by ear. He graduated from Cloudland High School class of 1961, earned his Bachelor's degree in music education and his Masters degree in education at ETSU.

After retiring from the Carter County School System, he entertained with his musical group JC and the Boys in nursing homes throughout the area. In his youth he was known to be a capricious prankster, but he was loved by many for his kindness and generosity. He loved helping neighbors and friends and gave of himself frequently without condition.

Mr. Ellis is survived by his wife, Sue, a school counselor at Science Hill, his daughter, Lindsay Carole of New York City, and his favorite golf cart-riding buddy, Clio. Surviving siblings are Mary Grace Greer of Cookeville, Warren and Barbara Ellis of Monroe, NC, Glenn Ellis of Johnson City, Robert and Barbara Ellis of Jonesborough, and 16 wonderful nieces and nephews and many cousins. He will be mourned and remembered by his dear friends, George and Carolyn Heaton, "SJ" McKinney, his beloved neighbors, Howard Bowman and Susan Williams, his brother-in-law Kenneth "Butch" Andes, and his in-laws Jack and Lois Andes Sweitzer.