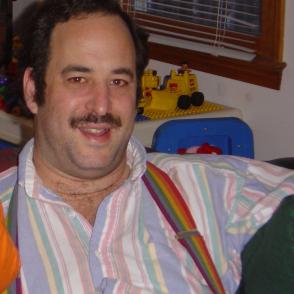 Leonard (Lenny) of Stoughton MA, was a sweet, compassionate and gentle soul who loved his family and friends. He was always there for anyone who needed his help, support, or a hug.
He was the loving husband and best friend to Dianne Kroll whom he married in October 2010.

Leonard was born July 11, 1958 in Providence to Norma and Saul Kroll. A member of Temple Emanuel, he grew up and lived in Providence until graduating Hope High School and attending URI. Lenny was a passionate reader of science fiction, fantasy and mystery novels. A clever solver of word and math puzzles, and an avid board gamer, his marathon Risk and Monopoly sessions with friends would last for weeks. After a brief stint as a commercial fisherman on Georges Bank, Lenny switched careers in 1983 to become a computer programmer, at that time a new and exciting career choice. He resumed his education at UMass Boston where he received his BSCS in computer Science in 2006. He then joined the UMass IT team as a Unix Administrator where he met Dianne and worked until 2019.