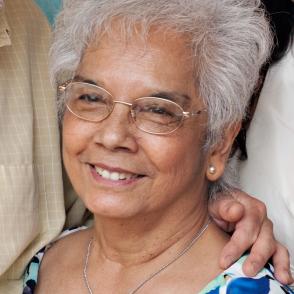 Vivian Grace Wakefield passed away on June 27, 2020. She was born in Manila, Philippines on January 13, 1946, the daughter of Antonio and Candida Ripalda, and the oldest of five children.

Vivian moved with her family to the United States as a child in October of 1953. They settled in West Pittsburg, California, where her father was stationed at the Camp Stoneman Army Base. She graduated from Pacifica High School in 1964, and received an Associate’s Degree from Diablo Valley College. Later in life she also earned a Bachelor of Arts Degree from UMass Amherst in Early Childhood Education.

Vivian spent most of her adult life in Conway, Massachusetts, where she built a home and raised two daughters with her husband, Jim. She worked at many schools, colleges, and banks throughout her career in various capacities, including as an educator and Administrative Assistant. She loved children. In particular, Vivian had a passion for working with special needs children and was fluent in American Sign Language.

In her younger years, she was very athletic, and had a love of gymnastics and Filipino folk dancing. She also played softball and other sports. Vivian had a beautiful singing voice, and always enjoyed music. Her family will remember her as being sincere, full of joy and lighting up the room with her smile and her infectious laugh.

Vivian was preceded in death by her parents, two younger sisters who died as children in the Philippines, and more recently, her sister and best friend, Eleanor Ripalda.

A service for immediate family and close friends will be held this Thursday, July 2 at 11am at Wrisley Funeral Home in South Deerfield, MA. A Catholic mass and celebration of Vivian’s life will be held at a future date in California, as determined by her family.