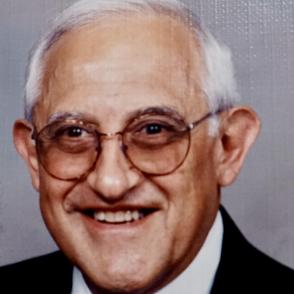 It is with great sadness that the family of Raymond R. Caffarelli announced his passing on June 4, 2020, at the age of 84. For 17 years, Ray bravely battled Parkinson’s disease, during which he demonstrated persistence, courage, compassion and faith even as the disease intensified. Ray is survived by his wife, Mary Linda (Huot) and his four children, Brian (Stacy Dalton), Kimberly (Dan Richmond), Melissa (Dan Muroff), and Craig (Caryn). Ray was preceded in death by his parents, Frank and Ann (Simone) Caffarelli and by his sisters, Jo Ann (Caffarelli) Prasack and Camille Caffarelli. He adored his grandchildren, Samantha (Richmond) Filip (Adam Filip), Michael Richmond (fiancee Brittany Shroba), Anna Caffarelli, and Gina Caffarelli, and his only great grandchild, 10-month old Adeline Filip, was his ray of sunshine. Ray was blessed with a large family and was a loving uncle of many nieces and nephews.

Ray and Mary Linda met at Marquette University in Milwaukee, WI and were inseparable from the start. While he and Mary Linda raised a family of four children, he built an impressive insurance career, garnering the respect and admiration of his colleagues. He was the family patriarch. After Ray’s father’s death, he and Mary Linda shared their home with his mother, to whom both were devoted. Ray was fiercely committed to preserving and cultivating the family ties of his and future generations. Notwithstanding the busy household schedule, he insisted on family dinners each night and traditional hours-long Italian lunches on Saturdays. His loyalty extended beyond family to country; Ray served honorably in the Air National Guard of Wisconsin for eight years during their early years of marriage.

Ray was larger than life, charismatic, magnetic, and unforgettable. He loved music, landscaping and carpentry. His willpower was nearly invincible; from his youth, he had a reputation for accomplishing the impossible. During his retirement, he focused on building the capacity and community of St. Francis of Assisi Catholic Church in Bolingbrook, IL, where he served on the Finance Committee and the Building Committee.