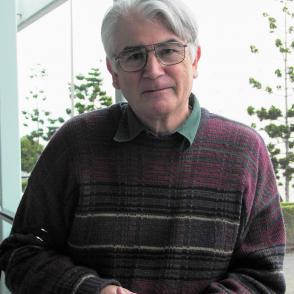 On Saturday, July 13, 2019, Michael Robin Ellwood, loving husband and father of two children, passed away peacefully at age 80 following a six-year battle with Parkinson’s disease. His wife, Jenifer, was at his side when he passed at their residence in Poway (San Diego), California. Robin was born in Leicester, England, to Samuel and Molly Ellwood, who both preceded him in death.. He married Jenifer, the love of his life, in 1973, who survives him. He is also survived by his son Christopher and daughter Holly, his granddaughter Amelia, and his brothers Bruce and Barry and sister Susan.

Robin resided with his family in Porter Ranch (Northridge), California for 44 years and became a United States citizen in 1981. He had previously lived in Canoga Park and Woodland Hills, as well as Clear Lake(Houston), Texas. In addition to being a brilliant engineer, Robin was a proficient musician, most notably on the drums and trumpet, but also piano, guitar, saxophone, violin, and flute. In his younger days, he played drums in several rock & roll bands in Leicester, England and later in life he was an active member of the Los Angeles Celtic Arts center music group. He enjoyed riding his bicycle daily and was an avid photographer and astronomer. He was an active member of his church, St. Martin in-the-fields, in Winnetka, California.

A funeral service will be held at 11:00am on Friday, July 26th at St. Bartholomew’s Episcopal church at 16275 Pomerado Rd, Poway, CA 92064. The burial service will be at Dearborn Memorial at 1pm followed by a reception in Poway.

In lieu of flowers, Robin’s family suggests that donations be made in his name to the Michael J. Fox Foundation for Parkinson's Research.