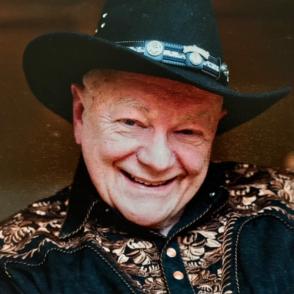 Dr. Guilford Jones passed away at his home in Redington Shores, FL on Wednesday, July 10, 2019. He survived Parkinson's Disease for 15 years. To the day he died, he lived his life believing in the words of poet Dylan Thomas, “Do not go gentle into that good night. Old age should burn and rave at close of day; Rage, rage against the dying of the light.” Guilford would want all who survive him to remember: Carpe Diem

Guilford is survived by his loving wife of 53 years, Patricia; his sons Jason and David; daughter in law, Karen; and grandsons London and Brenin.

After graduation from high school in Jackson, TN, Guilford was educated at Rhodes College (formerly Southwestern College) in Memphis, TN, where he met Patricia. Thereafter he earned a doctorate in chemistry at the University of Wisconsin in Madison, and did postdoctoral training at Yale University.

Guilford was a professor of chemistry at Boston University from 1971 until his retirement in 2010. For nine years he served as chairman of the chemistry department.

Guilford continued to enjoy his passions for financial planning, cars, poker and most of all, karaoke, song and dance.

In the words of the singer, songwriter Dan Fogelberg, “Father, thank you for the music and your stories of the road. I thank you for the freedom when it came my time to go. I thank you for the kindness and the times when you got tough and papa, I don’t think I said I love you near enough.” His family, his friends and his students—we are a living legacy to the leader of the band.

Thank you also for allowing his legacy to live through charity by making a donation in Guilford’s name to the Michael J. Fox Foundation.