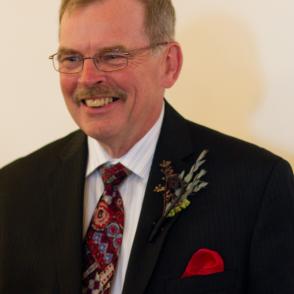 Kevin H. McGurk
July 28, 1949-June 23, 2019
Kevin H. McGurk, age 69, of West Springfield, passed away unexpectedly on Sunday, June 23, 2019. He was born in Springfield, a son of the late George and Marion (Howard) McGurk and graduated from Cathedral High School and the University of Bridgeport. Kevin worked for the Springfield Newspapers for more than forty years as a reporter, columnist and copy editor, retiring in 2009. An avid sports fan, he officiated at many basketball and football games in the area, working high school and college games, as well as umpiring for high school, college, and minor league baseball, including several seasons of the Cape Cod League. Kevin was the statistician for the UMass Basketball Program in Amherst for more than twenty years, and covered the Boston major league sports teams during his days as a reporter for the Springfield Republican and Daily News. He also worked for the Diocese of Springfield at the Chalice of Salvation weekly televised Mass. He is survived by his wife of forty-eight years, Susan A. (Landry) McGurk; his children: Andrew McGurk and wife Caitlin of Manchester CT, and Brenda McGurk of West Springfield; one sister, Mary Catherine McGurk Scalercio of Sewickley PA, and several nieces and nephews. A funeral service will be held Saturday, June 29th at 10:00 at the Barry J. Farrell Funeral Home, 2049 Northampton Street, Holyoke. Burial will follow at Saint Thomas Cemetery, West Springfield. Calling hours will be Friday, June 28th from 4:00 to 7:00 In lieu of flowers, memorial contributions are requested to the Michael J. Fox Foundation, Box 5014, Hagerstown MD 21741-5014.